In Zwolle, the Librije restaurant (three Michelin stars) owned by Jonnie and Thérèse Boer is part of the best gastronomic restaurants in Netherlands. Jonnie Boer and his wife Teresa, who heads a team of 85 employees, form a winning combination. To their credit: an upscale restaurant De Librije, a luxury hotel with another star rated restaurant (Librije’s Zusje) and also a school for cooks, sommeliers and butlers. Besides all this, they provide the catering for the new municipal theater, they have a gourmet shop and Jonnie still cooks from time to time for Queen Beatrix. The former library of an dominicano convent (sixteenth century) serves as a gourmet stage for the restaurant De Librije (3 Michelin stars). This unique historic building is surrounded by a quiet and green garden, in the old center of the walled city of Zwolle. In 2008, the couple Boer has also acquired a former women’s jail, dating from 1739, that they’ve been transforming iinto a luxury hotel. 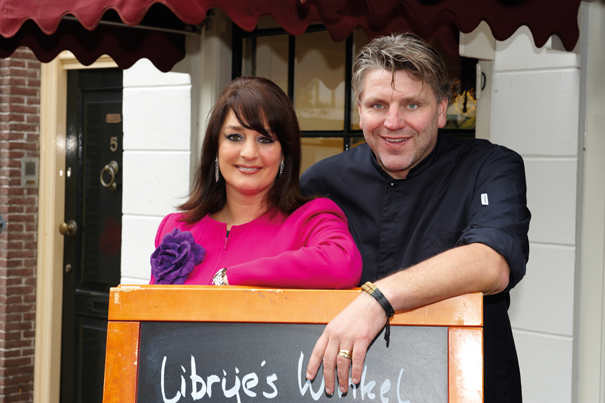 The hotel’s restaurant,named Zusje Librije, received one star Michelin just after the first year from opening. Jonnie Boer is also part of gastronomy gotha in Netherlands and a well known chef in most European countries. Jonnie propose a very unique signature cuisine, which has its roots in the passion and the desire to create a unique identity with very specific products. He also developed his own network of breeders, growers and suppliers for this purpose. Thus, it gives preference to local products, he do esnot exclude foreign delicacies. Jonnie Boer is real happy and creative entrepreneur, who still finds time to publish his own culinary magazine… What else ? 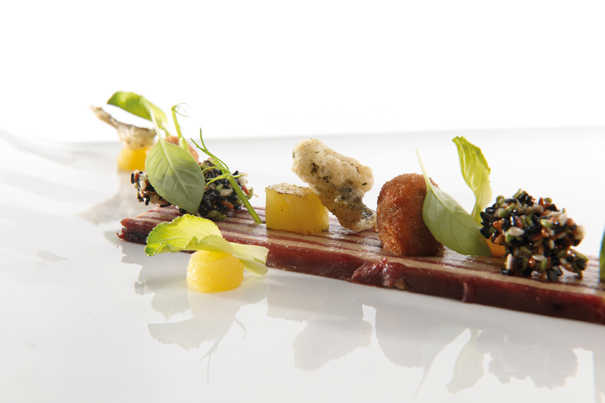 “Good food starts always with the passion of the product. For me, a dish is a balanced composition of pure flavor with thoughtful hints. In this context, all new cooking techniques are helping a lot to fully capture the main flavors. “Confides Jonnie Boer.” I always add fun touches to surprise the palate and the curiosity of all tasting buds. “He adds. Jonnie Boer likes to take his guests into a surprising journey of fun tastes discovery. And this discovery is a real expected appointment with his emblematic signature menu, called Cocktails & Dreams, which showcases peeled big shrimp, tomatoes, olives and pepper yogurt as well as Crab, old farm cheese and « young vegetables » localy grown are part of this delicious proposal. Presented in nice plate and verrines-glasses, all of it deliciously evokes ” plage, coquillages et crustacés” (reminding Brigitte Bardot’s famous 60’s song – she would certainly have liked it). In his recipes, Jonnie always expresses himself with an effervescent creativity and a nice sense of humor by inviting his guests into a magical journey to the frontier of his imagination. For instance, Jonnie makes disappear a piece of lacquered eel in a smokescreen of nitrogen associated with scent of “star anise”, accompanied by a delicious broth of smoked eel. A magical and tasty must ! 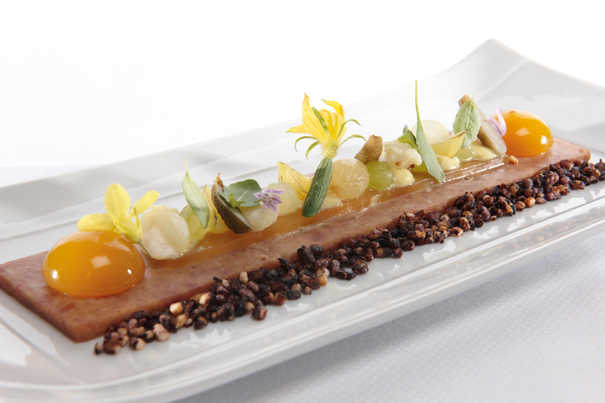 “Eating is fun!” Exclaimed he. “Oesters in het zand” (oysters in the sand) is also a topic where foie gras takes the form of an oyster shell. Thoughtful presentations including fewer ingredients and no free complication in recipe, Jonnie Boer focus on all details with the help of Teresa, his wife and life companion, who takes care, on her side, of all food and wines pairings, including also young and sometimes complex wines, but she is a real master in this field. The hotel Librije has a superb wine cellar and a wine bar where guests can taste some exceptional vintages by the glass. Concerning restaurant’s service, Therese Boer knows how to manage with Maestria and a lot of natural charm, his efficient team to provide her guests maximum enjoyment. 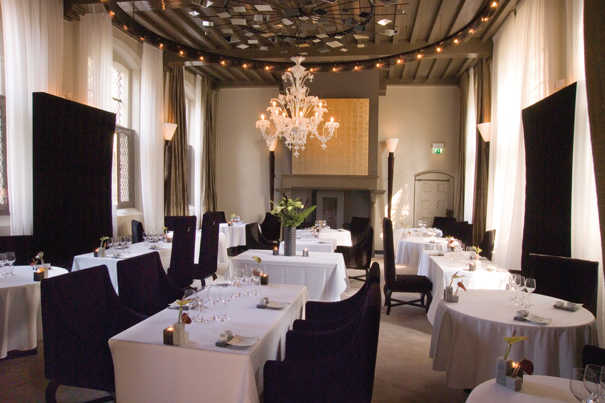